It's been a while since the last instalment of this build report. Mostly because I've been neglecting it. 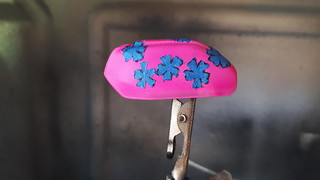 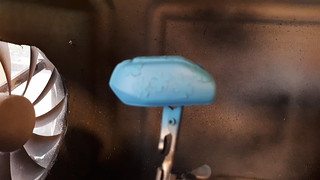 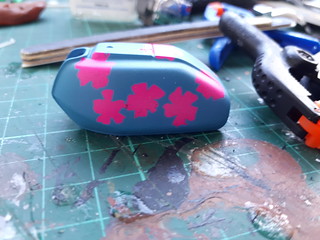 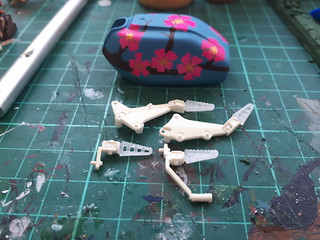 Painting the tank took more masking than I'd ever done before. I'm happy with the lotus flowers that resulted, though I am showing you the side where a section of paint didn't lift off with the tape and require bodging with a brush.

Also shown in the last photo are the Croc Jaw foot pegs. Future builds will likely use a higher proportion of Spinneyworld products, but this one only features the pegs and the Ape Hanger handlebars. 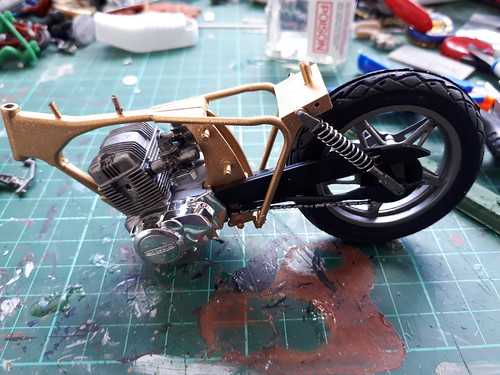 The bike started to go together, in short bursts. I didn't get the engine in the right place, though, and that had a bunch of knock on effects. Such as problems lining up the chain. Which were compounded when I glued it to the side of the engine block. 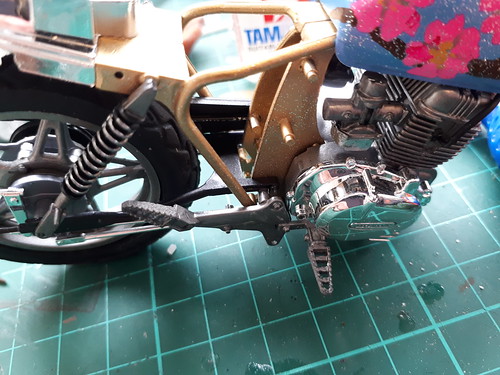 The foot pegs look good, though. 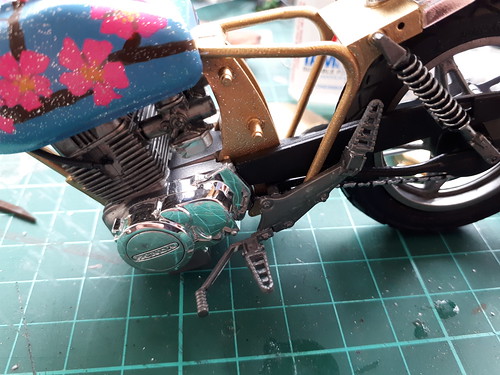 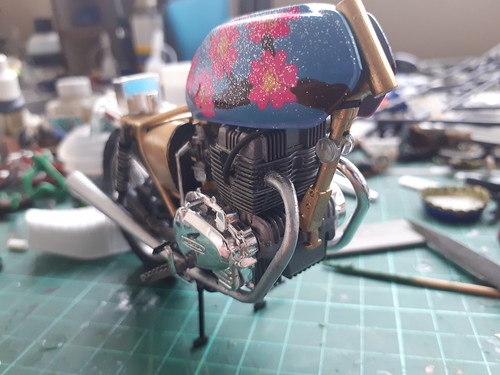 After a certain amount of faff, the exhausts went on. The kit shares parts with another model, so there were actually two exhaust options available to me. I went with the non-standard ones, but had to do some bodging, filing and cutting to get them working. The left hand pipes are a mashup of the chrome ones intended for the kit, and the longer alternative ones I wanted to use. Check out the gallery for a longer explanation.

The handlebars have finally been ordered from the printer, and the bike should be finished soon after they arrive. Check back soon to see.